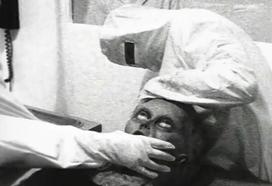 Challenge No 1. THE SUITS WORN IN THE ALIEN AUTOPSY FILM.
If you think they might be real, the challenge is to find another example of the exact same suits anywhere in history.  Please note that unlike the suits in the Ant and Dec film, ‘Alien Autopsy’  their suits were made as separate pieces.  Separate helmet and rubber gloves etc. they were not made in ONE piece. This is an important detail. The Ant and Dec film didn’t need to pass the scrutiny of an expert, so they did the cheapest easiest thing which was rubber gloves and separate helmets. It's an accepted fact that those suits simply wouldn't work if they were supposed to keep germs or radiation out.

Once you have satisfied yourselves that the suits do not exist anywhere, you can eliminate all shots the suits are in as not real.

Challenge Number 2.  THE AUTOPSY TABLE AS SEEN IN THE ALIEN AUTOPSY FILM
Now let's do the same exercise with the autopsy table as well. Spyros designed the autopsy table seen in the film and built it himself from scratch. If it were real, there would be a factory somewhere that made this design, and mass produced it for laboratories and hospitals etc. all over America.  It would be tooled up to make them, and it would be a costly matter to set up a production line to make just one. They would have made many. Indeed the table used in the Alien Autopsy would have been used before, and after for other autopsies.
All such procedures are recorded photographed and or filmed. It does not make sense to make one table and throw it away after it was used just once.  So again, the archives, medical journals and search engines such as Google etc. should be able to find another autopsy table exactly the same, if not this very same table being used on another occasion, or the same model situated elsewhere.
You will not find any reference of this table anywhere other than in the Alien Autopsy. We guarantee it 100%. The table was hand made by Spyros for the sole purpose of this film.  When you determine this for yourselves, and there is no record of this table anywhere, we can then eliminate all frames in the Alien Autopsy film that have the table in. They cannot be real either.
These two exercises will narrow the frames that are left as ‘possible’ real frames Correct? Please bear in mind that a moving shot that does not cut away, cannot be spliced seamlessly, so any shot that has a table or suit in it that is one continuous shot must also be excluded. Once you are satisfied that these two elements are fake, the results of this investigation proves that any part of the AA film with these two items visible is clearly manufactured as one off film props and cannot be actual authentic 1947 film.
Please also make a note that when you cannot find the suits, or the table anywhere in the world, in the whole of history, would it be fair to say that Spyros KNEW THAT and by demonstration of his confidence and sincerity, directed you to that fact?  This in itself should satisfy you that contrary to what some are saying that he wasn’t even involved. This detail of knowledge pretty much proves he knows too much, not to be heavily involved.

Conclusion:
If you cannot find an exact match anywhere in history, with the medical books, military archives, Google and many other search engines of the Autopsy Table, or the Fallout Suits, you would have to agree that it's unlikely that they exist anywhere else. Spyros is so confident of this fact that he would risk everything and invite you to prove him wrong.  We can establish therefore, that any film frames in the released ‘Alien Autopsy’ film that has these items visible, cannot be real by default. 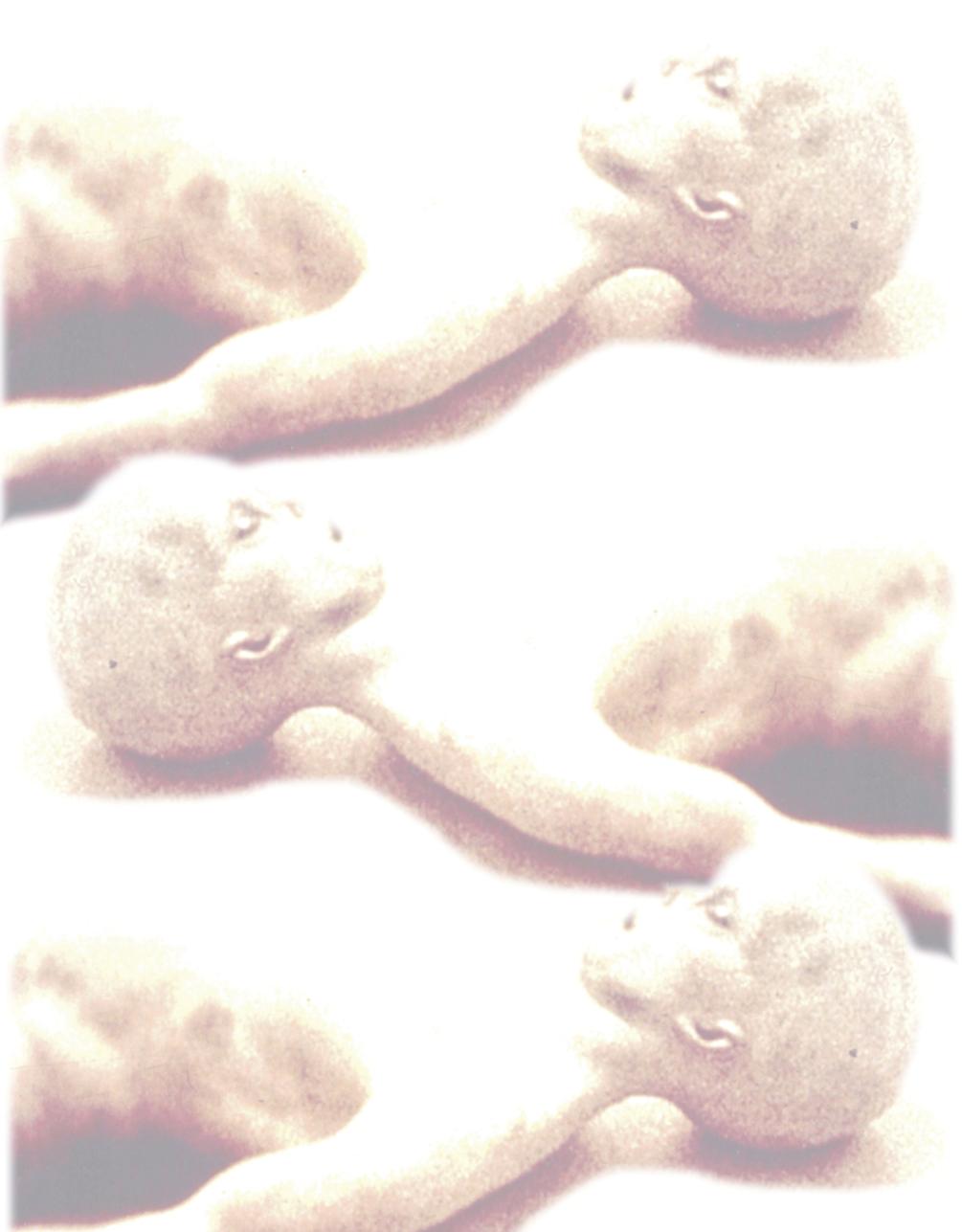 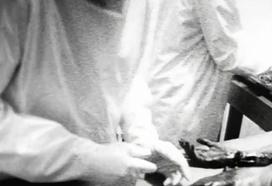 Let’s start with the white ‘Fallout suits’ that are worn by the personnel in the film.  Spyros designed the fallout suits from scratch.  He bought the material, designed the suits, and cut the patterns.  His girlfriend at the time, used her sewing machine and stitched them together.  If these suits were real, the visors would be a lot larger so the wearer could SEE what they were doing.  Spyros had to make them small so you couldn't see the people's faces. Furthermore, the suits were supposed to be airtight, so if they were real, there would have had to be some breathing apparatus also. The suits were made it two halves and in one piece. That is to say, the helmet and gloves etc were cut all in one so there were no joins between the glove or helmet and the main body of the suits. Please note the boots are never seen in the film at any time. this left the possibility of an air supply could be attached to a boot.  The fact that the personnel move around so freely is a big giveaway, but it was a gamble they had to take. 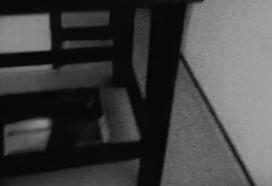 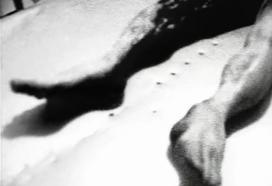 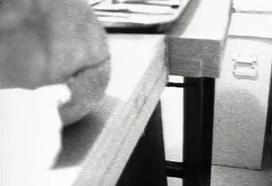